From the late 1960s, throughout the 1970s, and into the 1980s Lancaster University had a strong student speleological society. It was very active in original explorations in the Yorkshire Dales, the eastern Picos of Spain (where they explored Sima 56 to a depth of 1169 m), Venezuela, and other foreign locations. It also did some valuable scientific work. Its alumni include Colin Boothroyd, Dave Checkley, John Gardner, and Mel Gascoyne, and in its earlier years it was mentored by Dick Glover.

During its active period it produced four very fine journals which are now difficult to get hold of. It is worth noting that good quality images of the Yorkshire surveys published by LUSS, including those published with the journals, are available on the Cavemapper website. PDF versions of the complete journals may be downloaded using the links below. 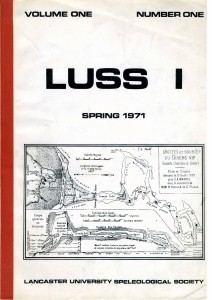 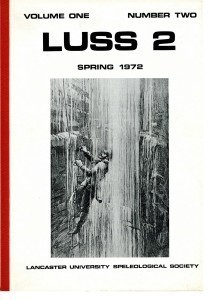 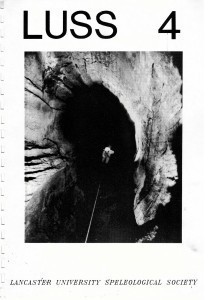 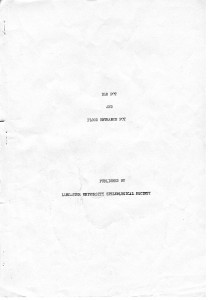