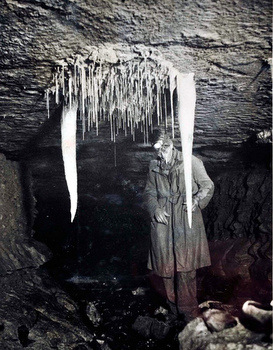 Peter Beuzeville Binns (1917-2002) played a significant role in the reorganisation of British Caving after the Second World War. Born in Abergavenny, his parents moved to Lancashire when he was a teenager, and he often holidayed with his aunt in Austwick, when he enjoyed caving. Eli Simpson also lived in Austwick, and he proceeded to enrol Peter and school friends as apprentices. In 1934 when he was just sixteen, he stayed in the shooting hut on Leck Fell with his friend Lawrence Buckle for a week, when they helped Simpson explore and survey the upper reaches of Pippikin and Nippikin, and had sorties into other caves in the area. The following year, he spent a full month helping Simpson - collecting speleothems! That was the year that Simpson formed the British Speleological Association.

Peter became a fully fledged member of the BSA, and he is probably best remembered for the surveying and photography trip into the Hensler's system with Monty Grainger, Fred Davies, and Peter Longbottom the day after it was discovered, when he assisted Grainger with the surveying. Peter features in the accompanying iconic picture of the twin stalactites in the Hensler's Master Cave taken by Fred Davies.

After the war, the national British Speleological Association fragmented with much acrimony including accusations of financial impropriety against Eli Simpson, resulting in the expulsion of a number of senior members, including Peter Binns. Many of the northern cavers left to establish the Red Rose Cave and Pothole Club, the Northern Pennine Club, and the Northern Speleological Group. He, with a number of others including Aubrey Glennie, Lewis Railton, and Marjorie Railton established an alternative speleological organisation in late 1946 / early 1947, the Cave Research Group, which was probably why he (and others) were expelled from the BSA in August 1947. The CRG was initially run from a shed at the bottom of Peter's garden. Peter was a banker by profession, and he remained treasurer of the CRG until 1968. The CRG eventually merged with the remnants of the BSA five years later to become the British Cave Research Association. Peter also joined the Northern Pennine Club, although he was not a founder member.

We were grateful to Peter's son Michael for scanning Peter's material and making it available to the BCRA Online Archive. Only half of the material supplied has been put online, but digital images of the rest of the material are available on application. Michael compiled a comprehensive catalogue which is available here, which should be consulted with the associated notes and key available here. He was happy for the photos to be used in a non-commercial way by the BCRA and any other speleological organisation for educational and research purposes, but requested that the source be acknowledged. They are not available for commercial use.

Sadly, Michael died in May 2022. He was a remarkable character. An exploration geologist by trade, his CV shows that he left a fingerprint on every continent, visiting so many different places from Brazilian rainforests, the high Andes in Chile, Independence Day in Fiji 1970. He was dropped out of helicopters for stream sediment sampling in Papua New Guinea. He waded up rivers in Indonesia in search of coal. He helped to streamline the chemical extraction of tin on Banka Island, plus India, Nigeria, Tanzania, South Africa, Madagascar, Canada and the US. As well, he worked in every mineral province in every State of Australia. The remote places were hard to get into, hard to exist in, and physically draining. Even India in 1987-88 was remote, with only Morse code connection to the outside world. Communication on Simberi Island in PNG was by fax to New Ireland and then on a boat to the campsite. His life required great fortitude, endurance, resourcefulness and strength of character. Later he traded that life for a slightly less physical, but mathematically precise career and became a highly respected geostatistician.

The donation of his father's material has made a significant contribution to our understanding of the murky world of British caving politics in the post-war years, and we are grateful. The BCRA were honoured to receive donations from his family and friends in memory of both Michael and Peter. 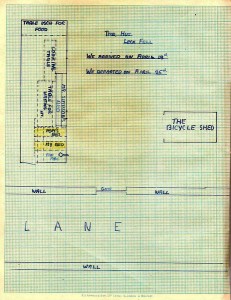 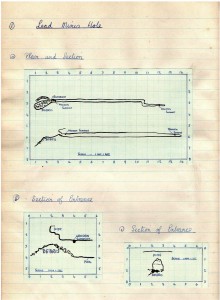 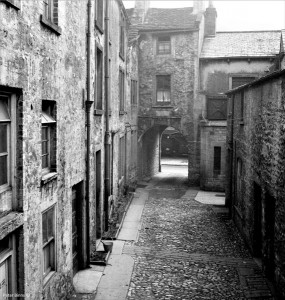 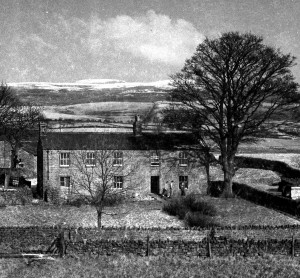 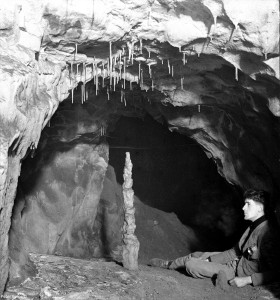 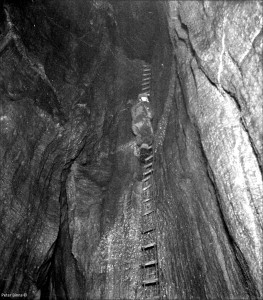 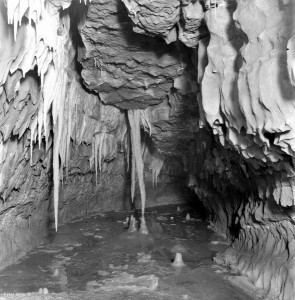