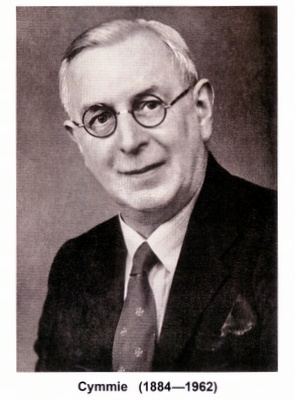 The core of the Simpson Archive consists of 100 large format record books. These are generally 250 pages long and contain a fascinating mixture of maps, surveys, photographs, exploration accounts, newspaper cuttings and published articles, and were compiled by Eli Simpson (1884-1962) and other members of the British Speleological Association. The subject matter is generally the exploration of the caves in the Yorkshire Dales and the Peak District. They date from the period of 1920 through to the 1960s and cover the discovery and exploration of many of the major cave systems in these two areas.

The record books came to light some years ago as part of the material that had been stored away for years in the British Caving Library.

The archive was transferred to the National Geological Repository at the BGS Keyworth for safekeeping. The final aim is to digitise the entire collection and make it available online, and the Gaping Gill record book below was digitised by the British Geological Survey (BGS) to determine the amount of work involved. The remaining volumes are now undergoing scanning by a team of volunteers, mainly from the Grampian Spelelogical Society, in the BGS offices in Edinburgh. The results of their hard work to date may be viewed here.

A catalogue of the archive may be found on the BGS website.

We are attempting to track down the owners of the copyright of the various elements of the record books and archive, as many of the original explorers are now dead. This is not an easy task and if anyone knows the likely owners, we would appreciate your help. Also if anyone is such an owner and has a problem with the publishing on-line of a section of a record book, please let us know and we will withdraw that part.

We hope you find this and the other record books as fascinating as we do. They are an important part of British caving history. 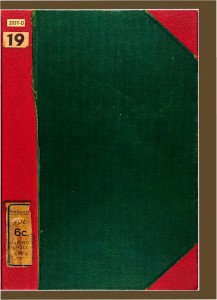